Gardening & Outdoors » Planters / Containers » Terrarium project – getting some green into the house.

The other day I decided to build a terrarium. I wanted to bring a piece of the outside into my home. In the dead of winter, here in Wisconsin, some green growing plants will add a little brightness and cheer. I'm already dreading the darkness, the cold and the whiteness. I'm planning ahead!

It helped that when I went to Marshall's and saw they had apothecary jars for $9.99. That's my kind of price! The looked very similar to what I saw at Crate and Barrel for $29.00! 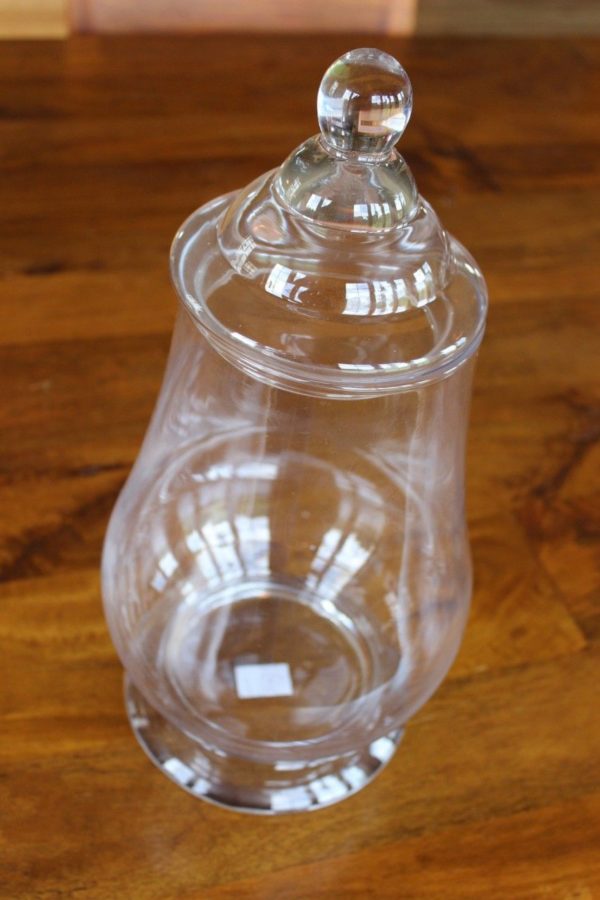 I added a thick layer of sand. My theory was that it would absorb the extra water if I over watered. Plus I liked the contrast when I added the layer of soil. 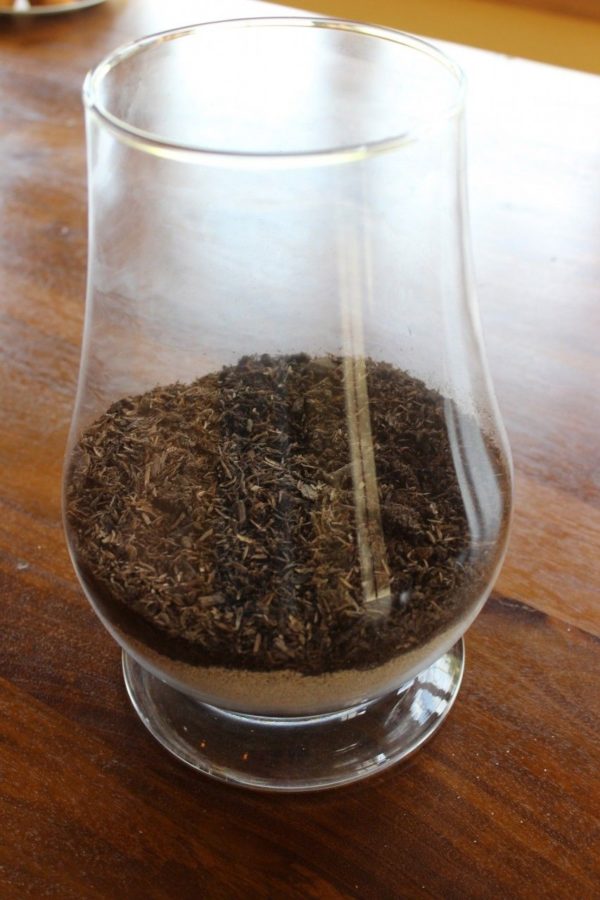 A layer of sand then some potting soil.

I went around my garden and pulled some of my succulents. I have tons of hens-n-chicks and I love them! These little succulents should do well in a terrarium in the house. I ended up only buying the one larger pointy plant in the middle ($3.99). Since I already had the soil and sand, this project was a bargain! 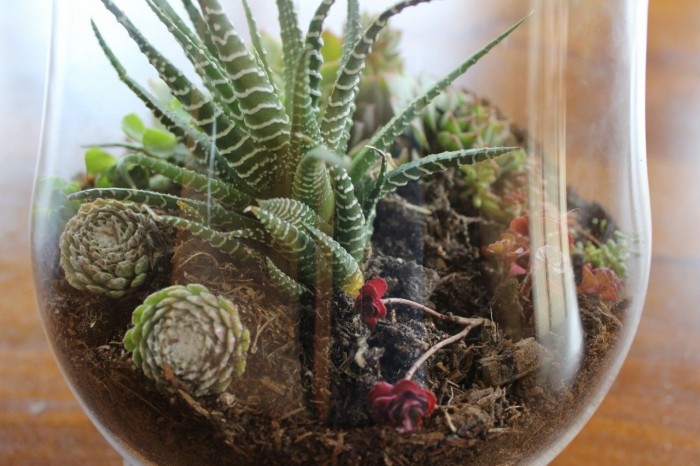 I found the perfect spot on my side table in my living room. 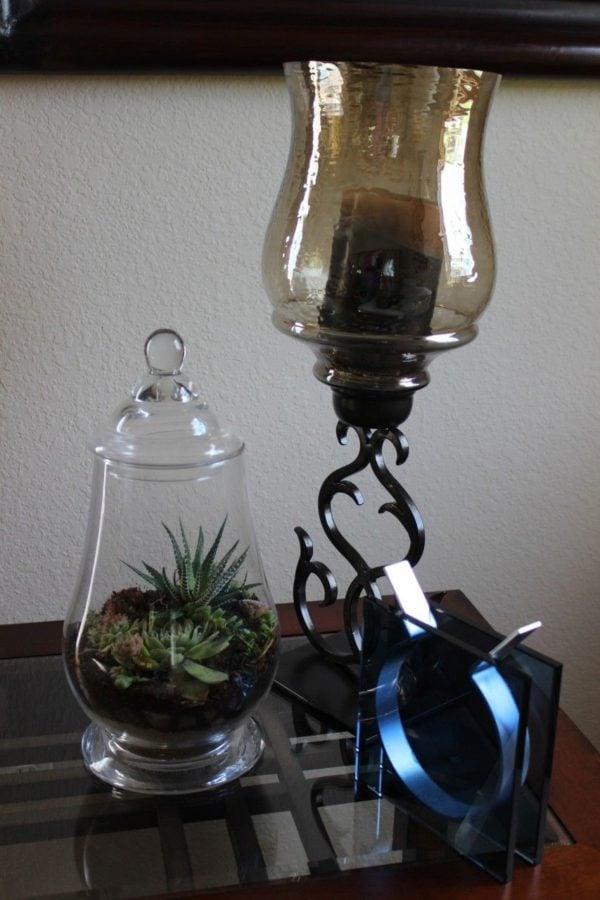 On the sidetable of my livingroom. 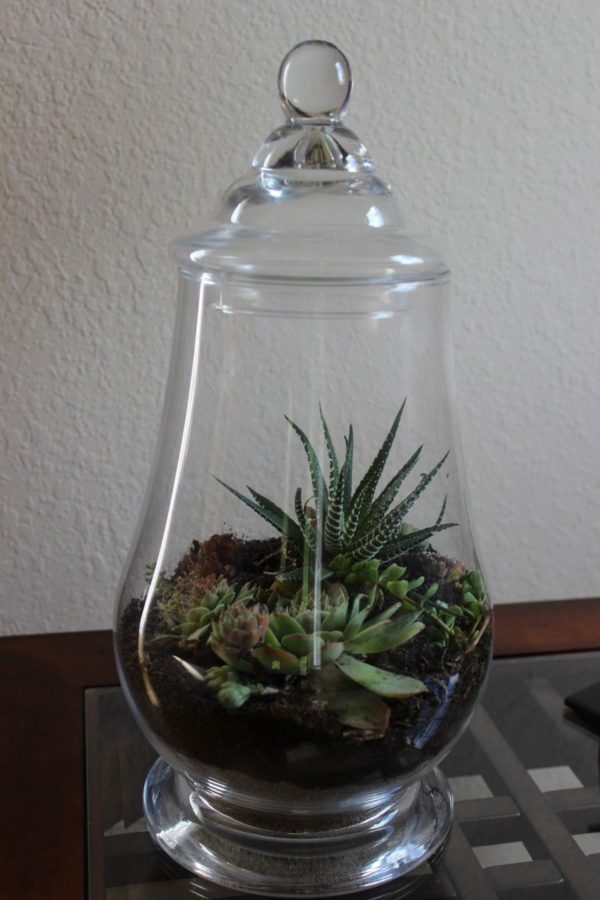 My younger son decided to try his hand at his own terrarium. 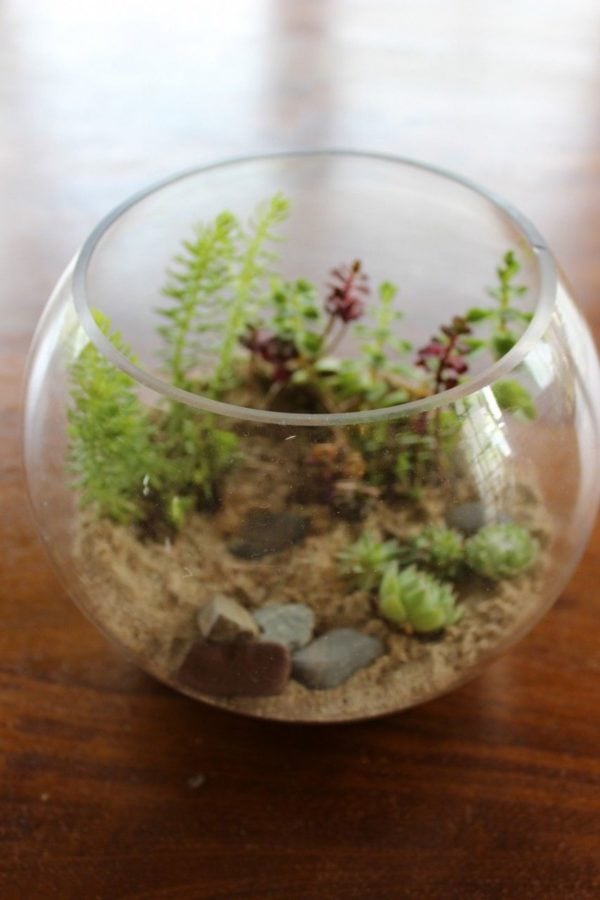 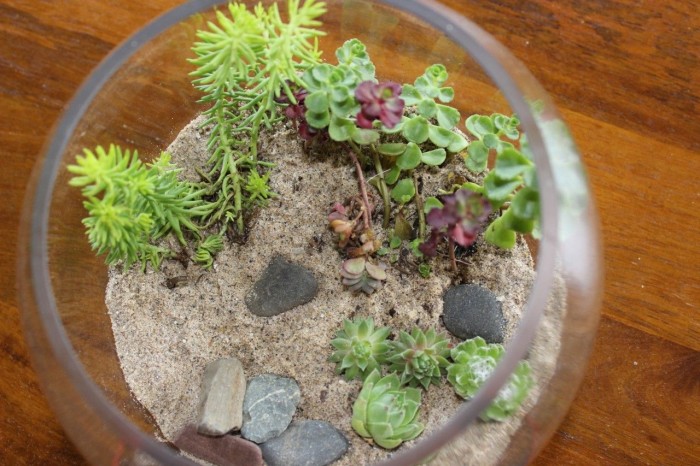 He even has a skull one! Bet you haven't seen one of those before. 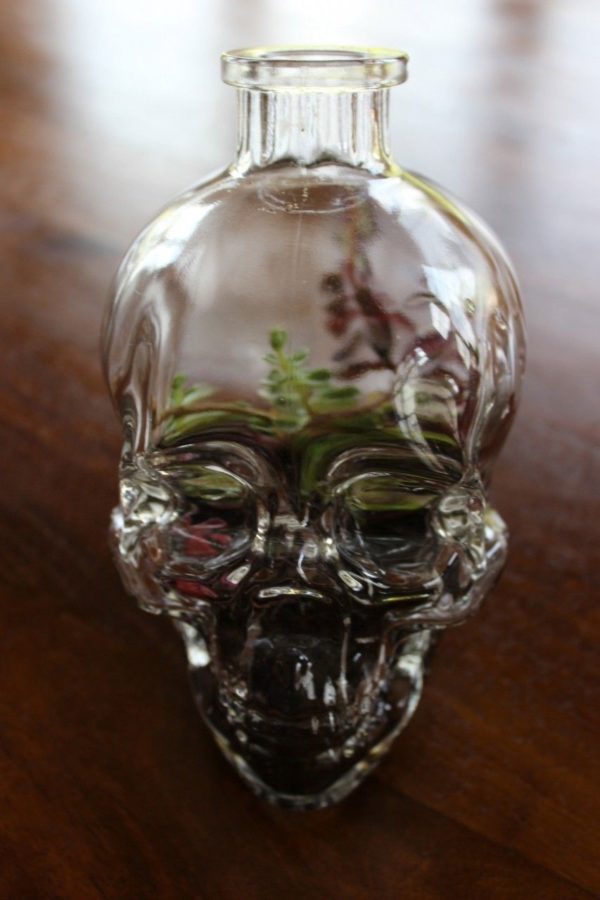 My son's other terrarium. Halloweenish?

A look down into the skull. 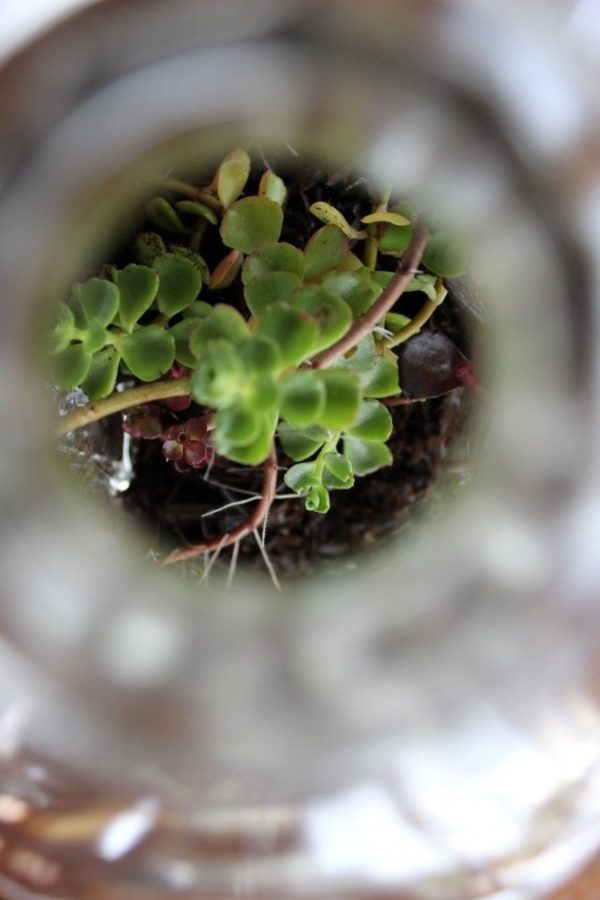 I know, you can't see much. But, I liked the picture so I shared.

Here is why I wanted a lid!! 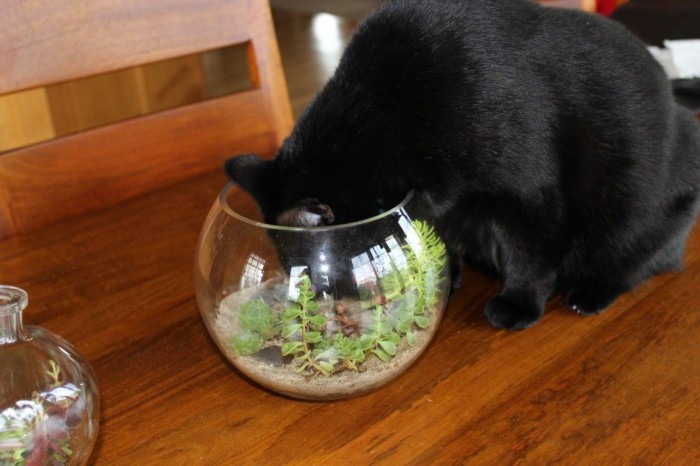 Why I want a lid!

Now is the time to put together your own terrarium. It wasn't hard and it only took a few minutes. Also, if you have some things in your garden, it makes this an inexpensive project. Bring some green in before the winter comes!

« My Fairy Garden - Easy and cheap to make.
Fall Decor - Inside our twin homes. »
26 shares