What is an Inuksuk?

What is an Inuksuk (also spelled Inukshuk)? Well, the easiest way to describe it is that its a stone figure. Years ago, when we were visiting family and friends in Canada, we saw that people built them beside highways in Ontario. It was really cool to see them! We used to go visit our cabin in the Muskokas (cottage country in Ontario) and they were everywhere.  We saw people had built some all around the lake too! 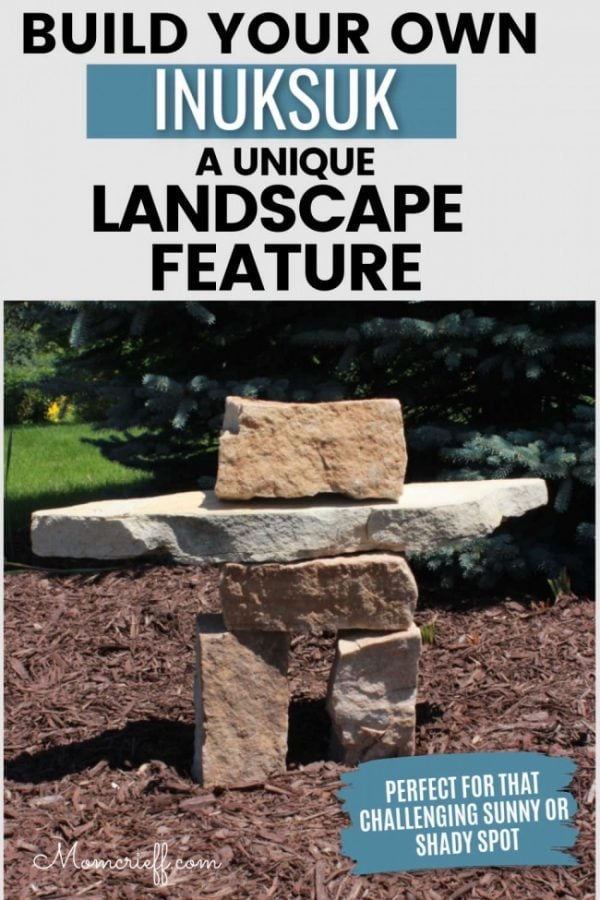 Originally Inuksuks were built by the Inuit in the Arctic. They were used as directional markers so travelers didn't get lost. Or place markers for special locations or where food was stored.  Hunters used them to find favorite hunting spots. Inuksuks were also used to mark special/reverent places.

What is a Cairn?

Another term is Cairns and they are found in Scotland and in Iceland. In Iceland, it's actually illegal to disturb or make new ones since they are such established markers that people would get lost. One of the biggest issues with older inuksuks and Cairns is that people take pieces as souvenirs. This practice is strongly discouraged!

A creative stone landscape feature for your garden

I love Inuksuks and they are my favorite landscape feature! They are unique, vary in size, and are an individual artistic creation. They easily fill in empty spots, add interest, and some height to anyone's landscape. The big bonus is that they don't require sunshine, watering, or any attention at all.  You don't even need any artistic talent! 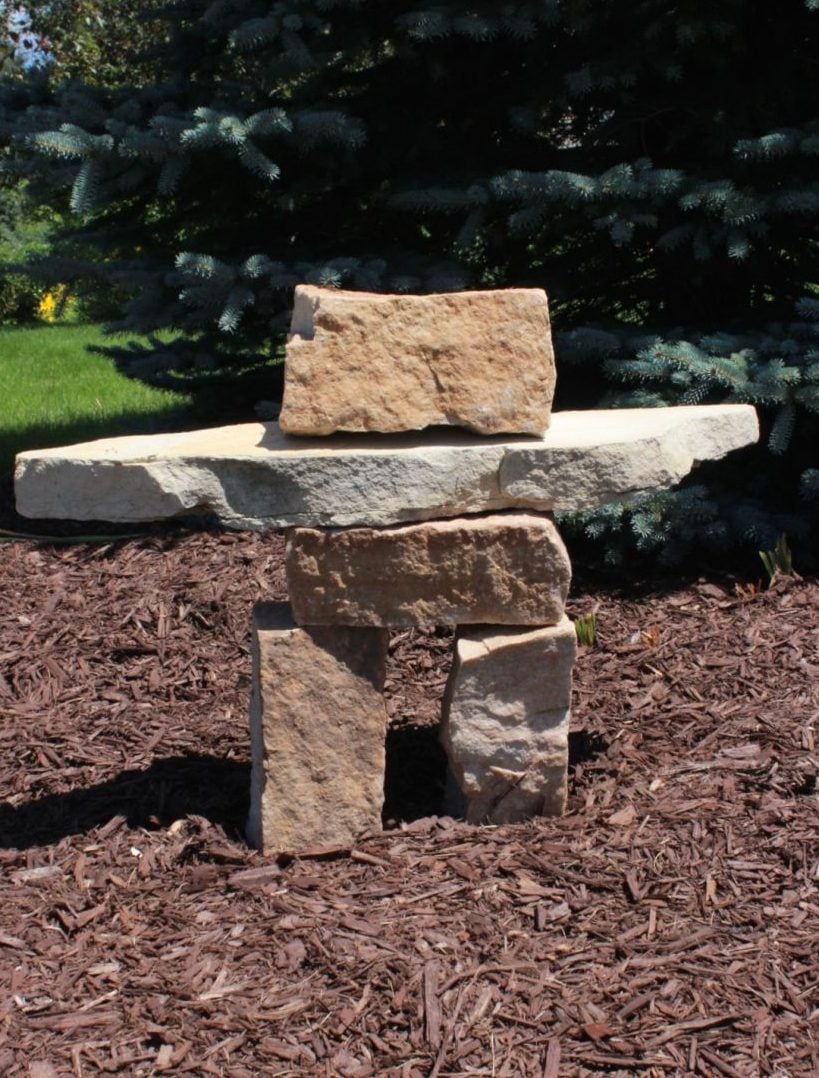 Even in the winter! 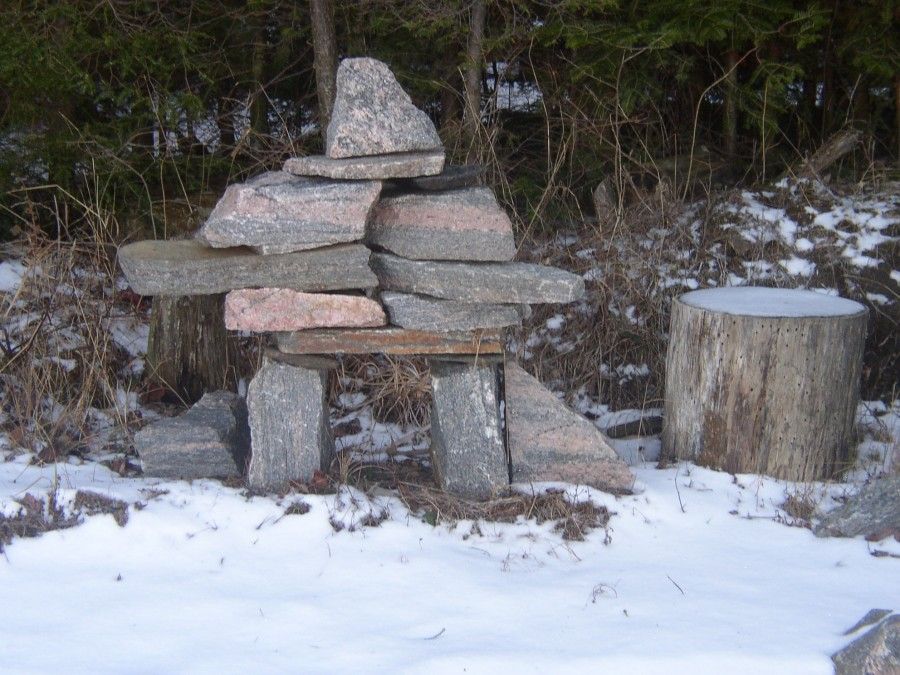 I love history so a little more about the Inuksuk and the Inuit. These markers were used to show where food storage was located, directions or even a favorite spot. Even single stones could be considered an Inuksuk. In the barren north, whatever was available was used. However, it's the human form Inuksuk, that I LOVE!!! It's a fun and creative puzzle to find rocks that have the right proportions and then to balance properly.

I had a large bed where I had dug out some shrubs and roses that didn't survive a harsh Wisconsin winter.  So, I used some landscaping stones to build some Inuksuk.  It gave a visual interest to the area, some much-needed height, and just something a little different!

There really is no right or wrong way to build these. I used landscaping stones that I already had. Since I prefer the human-shaped ones, of course, we have to start with the legs!

Then build the body, arms and head. If you don't like it, change it! I liked my second version better. The three I have in my yard are between 15-18 inches high. Use any stones/rocks you have. Just try to get them fairly stable. Turning them over or sometimes flipping them around often helps. If you don't have rocks or stones that you can use, you can buy them at any place that sells landscaping rocks. 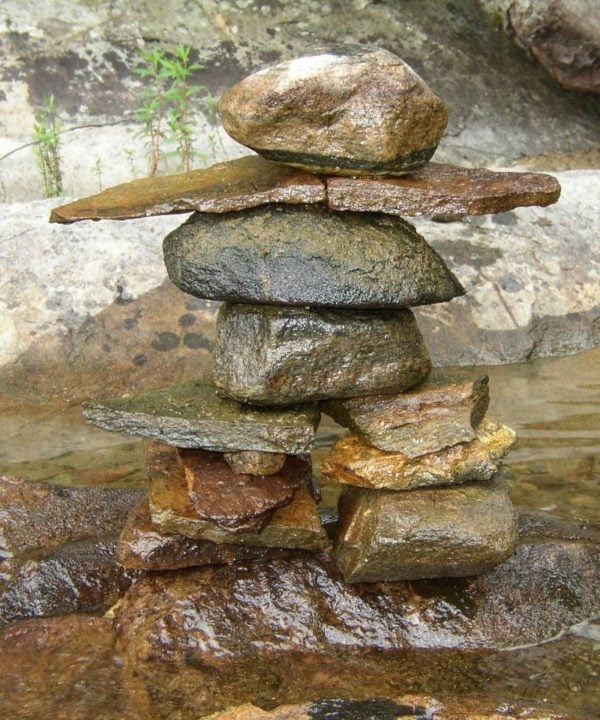 I don't use any glue. It allows me to change, move and rebuild my Inuksuks. However, if you build a bigger one or have one in a high traffic area, it might be a good idea to solidify your Inuksuk. Just Google 'gluing rocks' and you will get lots of suggestions as to what works.

Let me show you some others that I've seen in gardens.  A pretty pile of rocks is also perfect as a garden landscape feature.  Of course, the addition of the little snail adds some cuteness. 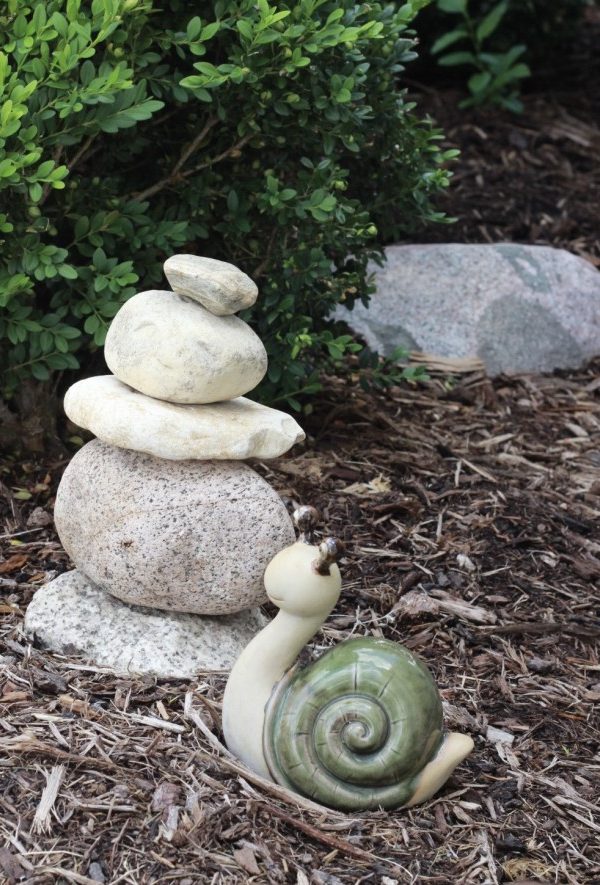 One year, I felt my cement birdbath looked out of place.  I added a small stone landscape feature and it all looked so much better!  These landscape features are not fancy, not hard, and don't take much work to make. 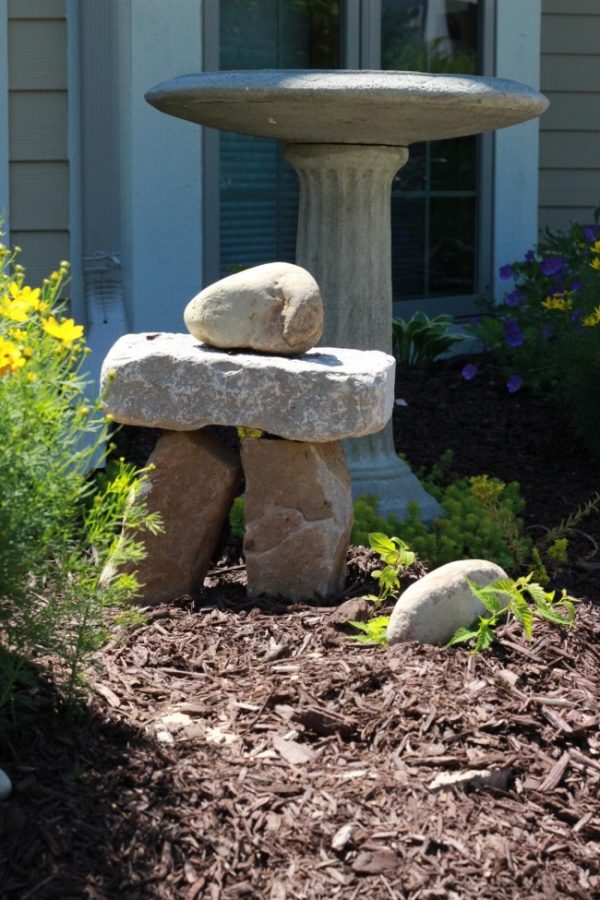 A few years ago, I was in England.  Once with my family and once with one of my best friends.  Do you recognize this structure?

It's Stonehenge in England!  Those stone structures are amazing and I'm still not sure anyone has figured out exactly how or why they were built.  People have built amazing structures in history and we are still figuring out why.  What amazes me the most is these huge rocks are perfectly positioned and balanced.  There were no engineers or huge equipment to do this.

Hey, now that it's summer, you can make some small Inuskuks as a craft.  They are fun and easy to make, even for the kids. 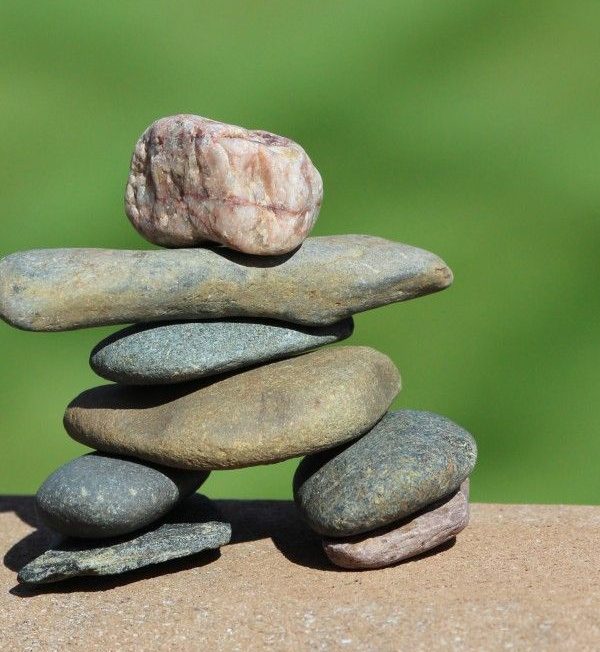 Go over to my Building Stone Men blog post for some suggestions to do this.  Just an fyi, that little Inuksuk right above is only about three inches high.  The power of photography : ).

Hope you enjoyed a little bit of history and have some ideas of where you can make your own!
Susan.